Lightly gold colour. Well-balanced and floral nose with white fruit aromas as white peach. Full and rich at the beginning. The wine is very tasty and nicely balanced. Lovely aftertaste.

Erected in early XVIII Century, the present appearance of the Château de Chamirey is due to the towers that have been built at the end of the XVIII Century, after a fire destroyed the adjacent chapel. At that time, Dupaty de Clam family sells the property to Marquis de Jouennes d’Herville family. 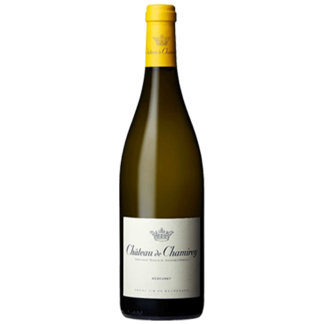