The Clover Hill Vintage Rosé is sourced solely from the Clover Hill vineyard in the Pipers River region of North-Eastern Tasmania, an area becoming acknowledged as the premier location for cool-climate sparkling wine in Australia.

An exquisite sparkling wine with a soft salmon blush, has a fine persistent bead and mouth filling mousse. The wine displays rich flavours of strawberry and citrus with hints of brioche. A fine, crisp and textural sparkling wine, it has a superb dosage balance and persistence.

The Clover Hill 2015 Vintage Rosé is crafted according to traditional methods. Fermented in the bottle, this wine is aged on yeast lees for at least three and a half years, ensuring the complexity and intensity that is the hallmark of Clover Hill Wines.

Clover Hill is one of Australia’s principal Chardonnay, Pinot Noir and Pinot Meunier Cuvées. Founded by the Goelet family on the site of a former dairy farm in north-east Tasmania, Clover Hill was established in 1986 after an exhaustive search for an ideal site for the sole purpose of producing world-class sparkling wine to rival that of the Champagne region. The site, with its rich soil, natural sloping amphitheatre and maritime climate, was deemed to be the perfect location to produce superb Méthode Traditionnelle sparkling wine, rivaling the great Champagne Houses of France.

The 66 hectare Pipers River property near Lebrina overlooks Bass Strait and capitalises on its natural assets. The rich land, which was a mosaic of undulating hills and golden clover, is now also lined with picturesque vines dotted with a smattering of golden clover. The initial varietal planting was Chardonnay, and this fruit was used to produce the inaugural 1991 Clover Hill Blanc de Blancs. Following its success, the rest of the vineyard was planted out with the traditional varieties of Chardonnay, Pinot Noir and Pinot Meunier. Today, with the vineyard continually producing exceptional fruit, the vast site search has certainly yielded returns.

Since its debut vintage in 1991, Clover Hill has gained a reputation for its uncompromising quality, its elegance and finesse, and its distinguished Tasmanian style. The wines are crafted from the vineyard with care and attention in order to produce some of the most awarded and well-regarded sparkling wines. In fact, Clover Hill’s commitment to excellence has been recognised with numerous accolades received from its inaugural vintage in 1991 to today. Accolades include being inducted into the Australian Sparkling Hall of Honour, winning Winestate’s Australasian Sparkling Wine of the Year being awarded Tasmanian Vineyard of the Year, twice.

Clover Hill’s commitment to the founder’s vision and drive for excellence has resulted in a reputation derived by critical acclaim and accolades, even winning the favour of Tasmanian-born royalty. Clover Hill was humbled when its Clover Hill Vintage Brut was proudly served during Princess Mary and Prince Frederick’s wedding celebration. Clover Hill was then further honoured with another ‘royal appointment’ when it was selected as one of the four iconic Australian wines served to Queen Elizabeth II and The Duke of Edinburgh during their 2011 Australian visit.

Clover Hill is acknowledged as one of Australia’s finest sparkling producers. With the cool climate and growing conditions of Tasmania being remarkably similar to that of the famous Champagne region of France, Clover Hill has been able to produce sparkling wines of uncompromising quality, elegance and finesse.

Oatley Fine Wine Merchants is focused on becoming a leading independent premium wine merchant recognised for the quality of the wines we offer and for the services we provide to our customers. We are committed to offering the flexibility of representation that meets your venue’s specific needs.

All of our producers are independent and family owned, where heritage and authenticity are key. We work in partnership with the wineries we represent with a commitment to deliver wines of the highest quality and standards. We will continue to evolve the portfolio of wines we offer to ensure we meet the challenges of a constantly changing market and evolving consumer preferences. 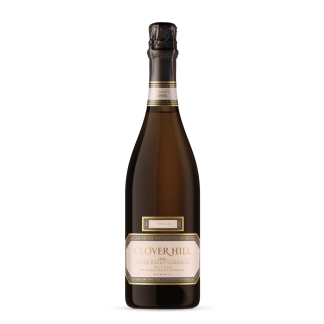