Nectarine, white flowers, untoasted cashews and subtle French oak spice lead to a coating entry of yet more stone fruit, dotted with tonnes of grapefruit pith, nutmeg and cinnamon. A mid palate of bristling natural acidity and fine shards of white fruit tannin lead to a focused finish of minerality with lingering citrus and white pear. Drink now for freshness or be rewarded with cellaring.

Winemaking
Our Chardonnay fruit was harvested in the early hours of the morning, loaded into the press cold, and gently separated from its skins. The very slightly cloudy juice was cold settled for a day and then racked. Fermentation took place in French Oak barriques, 35% of which were new. Approximately 33% of the barrels were allowed to undergo Malolactic fermentation to aid in softening acidity and to introduce an additional textural component. The wine was then left to mature in barrel on its lees for 10 months, with bâttonage occurring every 2 weeks. It received a light fining prior to filtration and bottling.

Vineyard
Our Chardonnay vines are planted north-south, thus benefitting from even sunlight and warmth on either side of the canopy throughout the growing season. Meticulous canopy management with multiple passes to arrange and manipulate shoots and leaves, helps achieve our ultimate goal of dappled light, yielding the perfect balance of intense fruit flavours; fine texture; and structural natural acidity. The fruit is then covered with bird netting through to harvest.

2017 Vintage
The 2017 vintage in Margaret River was supremely challenging yet ultimately rewarding. Spring was slow and cool, Summer was moderate with no heat spikes, and wet weather persisted throughout March, which led to much slower ripening and extended hang times. The season ended three weeks later than the average harvest time, significantly increasing the risks of disease in pockets of the region. The ‘Indian Summer’ at the end of the long season resulted for those that had held their nerve, in good tannin structure at much lower sugar levels compared with past vintages, and beautiful fruit perfumes.

Owners Wendy and Barry Stimpson originate from England and South Africa respectively. Over numerous visits to Margaret River they fell in love with the region’s pristine natural environment and its world class wines. Passel Estate’s vineyard on Ellen Brook Road enjoys a central location within the Margaret River wine region, just off the famous Caves Road tourist route.
The vineyard was first planted in 1994, comprising 1.5ha each of Cabernet Sauvignon and Shiraz. Additional plantings of Shiraz (1.1ha) and Chardonnay (2.6ha) were later established. The vineyard is gently sloping, with vines planted on original root stocks in ironstone based gravel loams. Rows are oriented north-south and a VSP (Vertical Shoot Positioning) trellis system is used throughout.
Watch the television interview with Wendy Stimpson, owner of Passel Estate: 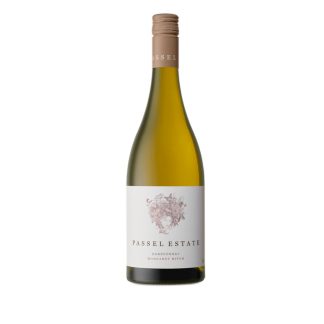