Picked from two vineyards in the Adelaide Hills, one north and one south, free-run juice was fermented in barrel and stainless steel, with a combination of wild and cultured yeasts and varying levels of solids. Some barrels allowed to undergo partial malolactic fermentation. The wine sat on yeast lees for eight months with lees stirring before racking, blending, and bottling.

Light greenish straw in colour with a light green hue. Fruit aromas of citrus and white peach with honeysuckle, canned pineapple, lemon curd and subtle toast from barrel fermentation and maturation on yeast lees. The palate is complex, textural and structured with vibrant acidity working with citrus and stone fruit flavours.

Giovanni Patritti was among the first Italian immigrants to arrive in South Australia. In 1925, a 25 year old Giovanni boarded a ship at the port of Genoa and left his Piedmontese village of Carru for a brighter future. He believed he was on his way to America to meet his sister. Instead he landed at Port Adelaide, South Australia, on the 28th of April, 1925.

With not a word of English, Giovanni still managed to swiftly gain employment. He changed his Italian name to the more ‘Australian’ John, and after a number of different jobs, began selling ice-cream at the gates of the Botanic Gardens in Adelaide.

Just one year later, Giovanni was leasing vineyards in the Brighton District, 15km south of Adelaide City (now the City of Marion), and making wine for the ‘new Australians’.

By the late 1920s Giovanni owned a number of acres of vineyard and had built a winery with his best friend, Cristiano (Jimmy) Bissacca. From the late 1920s until the 1960s, Patritti predominantly produced dry red table wines and fortified wines.

Out of a need to diversify and continue business growth in the early 1970s, the Patritti family came up with an ingenious and resourceful solution – one that has remained a unique point of difference for more than 40 years. 1974 saw the first release of 100% natural non-alcoholic sparkling grape juices from wine grapes. Some years later apple juice was introduced.

Since the late 2000s, Patritti has shifted their focus towards premium wines and adopted ‘new’ and rare grape varieties, adding depth and diversity to an already extensive range.

Vinsight is a Sydney based, fine wine distributor servicing the NSW and ACT wholesale wine markets. We hunt for intelligent, caring & talented winemakers. We find customers who value authenticity & quality. We simply bring them together. From our beginning in 2009 Vinsight has firmly established itself as a supplier of quality boutique brands to the NSW/ACT wine trade. Our primary focus is the on-premise and fine wine retail markets, although we service all channels. Vinsight is recognised for the quality and stability of our portfolio and the personal service we provide. 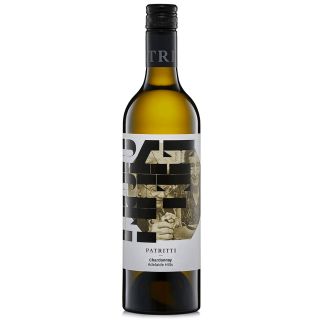