Andrew and team have put together a wonderful mixed doze whilst we have been clearing the cellar ready for our move from Kays rd Cellar Door.

We guarantee you will not be disappointed, with vintages from 2008 -2015, across all our ranges, perfect for Winter Drinking.

The award winning WayWood Wines is the creation of UK Native Andrew Wood, a former Sommelier and restaurant manager and his Australian wife Lisa Robertson, a pharmacist by trade, a culinary creative at heart.

After leaving the restaurant scene to work vintages in Portugal, Italy, the UK and the Granite Belt, Andrew decided it was time to pursue his personal winemaking ambitions. The couple went searching for the perfect environment in which to create the wine styles they had enjoyed in their European travels, plus those they had talked and dreamt about.

In 2004 they decided to call McLaren Vale home, the region’s diversity, community and history had all the elements both aspirational and lifestyle to allow their dream to become a reality. The first vintage was 2005 Shiraz Cabernet, a true Australian classic blend that had first drawn Andrew’s eye to Australian wine. However his true passion to create Mediterranean inspired wines began in 2007 with his first vintage of Tempranillo.

From there the portfolio has grown. Although concentrating on Mediterranean varieties, styles and always with food in mind including Sangiovese, Montepulciano, Nebbiolo and Monastrell; with Shiraz, Grenache, and Cabernet offer balance and truly reflect the diversity of the region. The multi award winning winery was awarded a five red-star Halliday Wine Companion in 2016, a true testament to passion, hard work and creativity that has created this exciting diverse wine range. 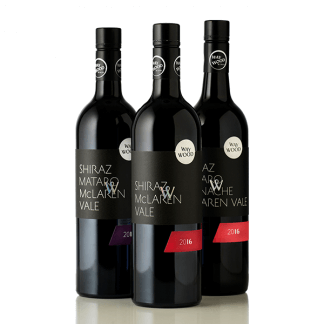