Named in honour of founder Eric Brand, one of the original ‘Blockers’ (landholders who sold their grapes to larger wineries in the 1950s and 60s). Our 2018 Blockers Chardonnay is the perfect combination of luscious fruit, complexity and elegance it has a long finish with lingering fruit flavours.

The palate displays a crisp acidity, balanced with fresh fruit flavours of stone fruits, grapefruit and melon, along with cashew nut and light creamy notes. The wine has a long finish with lingering fruit flavours.

The History of Brand’s Laira

It was 1893 that an English sea captain, lured inland by the pull of the earth, purchased a block of land right in the heart of Coonawarra, today known for its rich terra rossa soil. Captain Henry Stentiford would become integral to the region’s history as custodian of some of its founding vines – vines that still produce wine to this day.

Some 50 years later in 1950 Eric Brand (a baker by trade) and his wife Nancy Redman acquired the same 24 hectare property with just over 2 hectares of Shiraz and named it ‘The Laira’ Vineyard in honour of Captain Stentiford’s favourite Clipper, which bore the same name.

For the next 16 years Eric worked as a ‘Blocker’ – the name given to Coonawarra landholders who sold their grapes to other wineries in the region. That is until 1966 when armed with an antique basket press, a must pump and 4 concrete fermenters, and blessed with the best Coonawarra weather of the decade, Eric produced his very first vintage under the Brand’s Laira name. Tellingly, Eric would go on to become the First Patron of Coonawarra for his contribution to the region.

Today the brand proudly offers an outstanding range of wines, including the Flagship One Seven One Cabernet – recently awarded Best Coonawarra Cabernet at the International Wine Challenge 2017 and the highly awarded Blockers Cabernet. 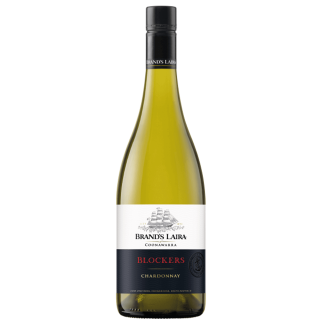