Deep and intense with a tinge of purple. Blackberry and dark fruits, with hints of cherry-brandy and star anise. Rich, generous and full-bodied. Deep, dark fruits, opulent and succulent. Fine, supple tannins lead through to a persistently long finish.

Andrew Hardy is one of Australia’s most respected and influential wine industry leaders. A fifth generation winemaker, he is the great-great grandson of Thomas Hardy, the ‘Father of the South Australian Wine Industry’.

Andrew has 36 years’ experience making wine in the Adelaide Hills, Clare Valley, Coonawarra and McLaren Vale working chiefly at Petaluma. He has also made wine in California, Oregon and Bordeaux and is a Trustee of the Royal Agricultural and Horticultural Society of South Australia. Whilst at Knappstein in Clare, Andrew was awarded the Warren Winiarski Trophy for ‘Best Cabernet in the World’ and the Trophy for ‘Best Australian Red Wine’ for his Enterprise Cabernet. He was also pivotal in the industry’s adoption of the screw cap closure.

Known for his elegant winemaking style, engaging manner and partiality for pink shirts and old British sports cars, Andrew’s winemaking philosophy is best described as minimalist, allowing the quality of the vineyard and its fruit to shine through.

The Ox Hardy range of wines represent a rare and precious combination of people, vineyard, history and winemaking provenance.

Andrew ‘Ox’ Hardy is one of Australia’s most respected winemakers and his family’s Upper Tintara Vineyard is one of Australia’s most important viticultural assets. The Vineyard’s last remaining 2.54ha block of 1891 Ancestor Vines, planted by Andrew’s great-great grandfather Thomas Hardy, are some of Australia’s oldest and most valuable. And Andrew’s library of wines made from the family’s vineyard over the past two decades, but cellared and hidden from the public until the first release in 2019, demonstrate the quality and age-worthiness of these special releases.

Each element of the Ox Hardy range of wines are precious in their own right, but the circumstances that have finally brought them together makes them a treasure of the Australian wine industry. 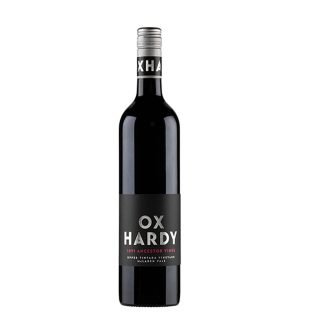